Over the past 6 months, we've welcomed some new faces to the danfloor head office so we thought it would be good for you to meet the team and put some faces to the people on the other end of the phone and email. 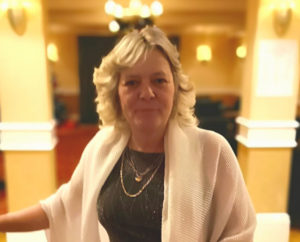 Paula is like the matriarch of Danfloor having been with the company for 23 years and 7 months, not that she’s counting. Paula is responsible for all aspects of the company’s accounts, keeping a watchful eye on everything that comes in and goes out.
Paula now works a lot from home but she still loves getting involved in all the company’s social events, especially the Christmas parties.

Paula has a daughter Charlie and a Border Terror Nellie who is 15 years old, that’s 105 in human years which is older than Paula’s father who 87 and still going strong.

Although her dog has now retired Paula and Nellie achieved the highest grade 7 in dog agility and won many awards over the years. Paula still enjoys sport although rather not watch cricket and golf “as it’s like watching paint dry!!!” 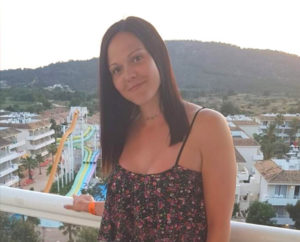 Lydia is another long-standing member of Danfloor with over 14 ½ years under her belt. Due to her knowledge and experience, she has recently been promoted to Office Manager and is in charge of all the planning of stock and production with our manufacturing plant, making sure we have plenty of carpet in the UK for your projects.

Lydia absolutely loves a night out and is one of the first to be organising events for the Danfloor team. When she’s not working and socialising you will either find her at Bingo or on the sidelines of a football pitch watching either her husband or one of her two sons playing football. 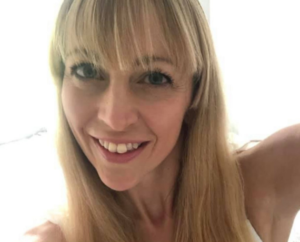 Cath has been with the company for 12 years now and manages all aspects of the company’s marketing from the website and social media to the writing of literature and event management.

Cath is based at the head office but also works very closely with the Area Representatives, supporting them with their roles. Problem-solving comes easy to Cath which earnt her a place on the first-ever edition of the Children’s Crystal Maze back in 1990!
Cath lives with her husband and has two sons which keeps her very busy, but when she’s not running around after the kids she loves anything sporty from belly dancing to swimming and even learnt to play softball cricket during Covid.

Adam joined Danfloor in 2013 and whilst being one of the more experienced members of the Sales Administration team he also provides cover for the Warehouse team when needed, which means he can basically do it all; sample your order, process your order and pick your order.

When not in the office Adam loves his classic cars and has owned a 1989 Mini Mayfair and a 1969 Volkswagen Beetle amongst others. He’s also very active as he enjoys hiking and swimming, but when he’s not doing all of this you can often find him at the Bingo with Lydia. 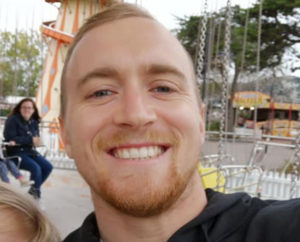 Jordon has been with the company for almost 7 years now and as a result of his experience, his role involves many aspects; delving into sampling, I.T, accounts, sales, logistics, and project analysis. This means when he’s not dealing with customer enquiries, he’s sorting out all our IT concerns.

Jordon is outnumbered by women at home, living with his wife and two daughters. Although reluctant at first, he’s now glad he gave into the rest of the house and welcomed Monty the dog to the family (at least now there’s another man about the house). Luckily Jordon learnt to whistle at the ripe old age of 27, otherwise, Monty wouldn’t have ever listened to him!
Jordon is very sporty, he used to get up to go to the gym at 2.30 am, but now he plays sport when he can, reads books, watches Netflix and enjoys eating; especially all the lovely cakes his wife enjoys baking. 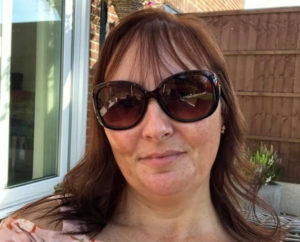 Susanne is one of the newest members of the team having joined us in November 21. Her role involves processing orders and customer enquiries whilst managing the head office’s Health and Safety procedures. In addition to her usual tasks, Susanne has taken on the role of organising fun activities and fundraisers within the office, which usually involves cake, yum!

Susanne is a mum of 2 teenagers and 3 fur babies and loves to craft and drink gin! When she’s not crafting she loves to watch Star Trek and even named her children after two of the characters – can you guess which ones?

Along with Susanne, Meg joined the company in November 21. As an integral part of the Sales Support team, her main role involves taking calls from customers, putting orders on the system, sending samples to customers and ensuring orders arrive on time for ongoing projects.

Meg is also enjoying the social side of the office and the regular bake off’s that take place. When not in the office she enjoys cooking, working out and going to the pub with her friends. Meg also loves festivals and seeing live music, she’s even managed to get to Glastonbury Festival 5 times!

Does your antimicrobial yarn treatment lose strength over time?

Why do some carpets come with a built-in underlay?

In the first video of our new Q&A series, we will briefly answer the question of why some of our carpets come with a built-in underlay and others don't. It's all down to where and how the…

As a result of the last couple of years, it’s no wonder the 2022 colour trends are established around the idea of being grounded, cosy and returning to nature. Due to the fact many of us spend…

You can find out more about which cookies we are using or switch them off in settings.

This website uses cookies so that we can provide you with the best user experience possible. Cookie information is stored in your browser and performs functions such as recognising you when you return to our website and helping our team to understand which sections of the website you find most interesting and useful.

This website uses Google Analytics to collect anonymous information such as the number of visitors to the site, and the most popular pages. Keeping this cookie enabled helps us to improve our website.

Please enable Strictly Necessary Cookies first so that we can save your preferences!